PipePatch has become a product staple in Moncton, NB

Fernco's (S1E) Pipe Patch is an approved method by the City of Moncton for fixing damages sewer mains and sewer laterals.

Pipe Patch has been successfully used by local contractors for the past two years, and we propose to continue the use of this product in the future for construction and maintenance of public works infrastructure in our municipality. 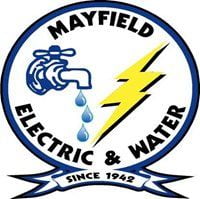 We had a problem with a 10” gravity vcp line under a small bridge. Approximately 3-4’ piece missing and an empty space above the pipe where two existing drainage tiles are located. Just above the tiles is the bottom of the concrete bridge. I contacted Ben McGraw and ask about his product pipe patch. After a few emails and some information he agreed to do a demo if I would pay for the materials and provide some labor. They also utilized our camera system. With two of our guys and Ben they installed two patches in the existing pipe. It took only a few hours and the 10” main was back in service.

I was very impressed with the product and have included some before and after pictures. We will continue to monitor the patch. I told Ben McGraw that it probably would have cost approximately $25,000-$30,000 minimum to dig this up and repair it. If you have vcp this product is definitely going to benefit your organization. 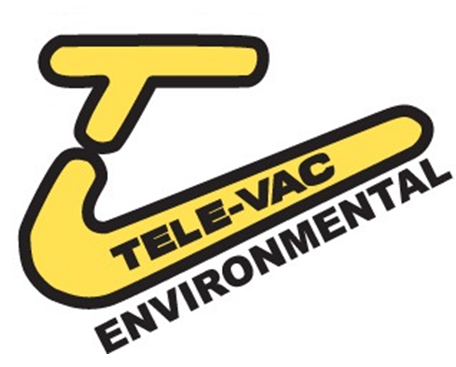 Tele-Vac Environmental has been using Pipe Patch for quite a few years and we have only been allowed to repair pipe up to 27” in diameter. When the demand for >27” became apparent, Source One was already on the job (developing a Pillow Plug system) for these large diameter repairs.

A couple months ago, during a routine CCTV Inspection in Cincinnati, Ohio, we discovered a 36” HDPE Storm Pipe that had an “Open Joint with Soil Visible” and “Offset Medium” with a sinkhole directly above the pipe in the street! To dig down and repair this pipe externally would not be very cost effective. However, being able to use Pipe Patch to repair the defect at a fraction of the cost, it was right up the owner’s budget. The complete time to repair the pipe via Pipe Patch was about 4-5 hours! The only additional repair that was made was saw-cutting the street to replace the weak spot (where the sinkhole was).

Using the Pillow Plug, was much easier than anticipated. We have been used to heavy plugs (especially for air-testing large pipe) and would normally dread such a large repair. However, being light and able to fold the packer like a taco to contain the material and... Read more ...

“In the City of Flint, MI I spoke with the Sewer Super Attendant. In his calculations it cost roughly $5,500 dollars to go to a street and dig-up a shallow sewer to make a repair. In contrast, by using the PipePatch system he can go to the same repair and do the job for roughly $1,500.”
– Michael J. Deneen
Michigan Pipe & Valve - Flint, MI

We have just completed a two year footing rain disconnect project in the city. We disconnected storm water from the sanitary sewer in over 300 houses. During this process our contractors were introduced to PipePatch. This product was a great help to our project. The PipePatch product allowed us to seal off the run in and trap without having to breakup floors or disturb areas that were finished in homeowners basements. By using PipePatch the contractor saved the City of Davison money and kept the homeowner happy. The City of Davidson is looking forward to using PipePatch to continue eliminating our inflow and infiltration issues.

We have been using your PipePatch product since June of 2006. To date (2-1-07), we have used 30 patches on our local drainage systems and would like other cities who are considering your product to know how much it has helped our Construction Division and saved our city. We estimate that it has saved the City of Kansas City upwards of $250,000 due to the ability of patching damaged pipe without disturbing roads, needing to dig, re-directing traffic or having to replace landscaping. Our Construction Division has really taken to the ease and benefits of your product. Thanks again for the new technology and the support you have given us in the field.

“The Town of Grand Island repaired an 8-inch pipe buried 13 feet deep. The line was only 6 feet from the edge of East River Road and about 25 feet from the river, under an 8-inch cast iron water main, about 4 feet underground. If the town had gone with a conventional repair, instead of the PipePatch, we estimated that it would have cost taxpayers over $10,000, including the cost of driving sheet piling to protect the road from collapse while we made the repair and replacing the resident’s driveway. In that one repair, we saved enough to pay for the system. And I still have three patch kits available for future use. Plus the entire process – from start to finish – took just four hours.”

PipePatch Repairs Pay for Themselves

In one repair our purchase of Pipe Patch paid for itself! We will continue using this great product and working with Source One Environmental.

Your demonstration was professional, quickly conducted and turned out to be extremely effective in repairing an area we had been putting off. We will definitely consider this as an option on future pipe breaks.

We have been extremely pleased with the PipePatch system. We have put six in the ground over the last year, each one working as prescribed. We are planning on installing even more throughout the year due to the system's effective, quick and cost effective nature.

This trenchless technology is another option that has its place in avoiding surface disruptions. This repair was completed in a minimal time frame, on a busy street and at a considerable cost savings to the rate payer. PipePatch is a fantastic option for anyone looking to not disrupt the environment, and do so quickly and cost effectively.

Thanks to the superb training and tools to do the job right the first time, our team has been able to install many successful PipePatches in Eugene, OR. It was great to be able to have the Source One Environmental team on-site the first time in order to ensure the product was being used correctly and safely. PipePatch is an effective and cost effective system. We look forward to many more successful installs in the future and working with S1E!